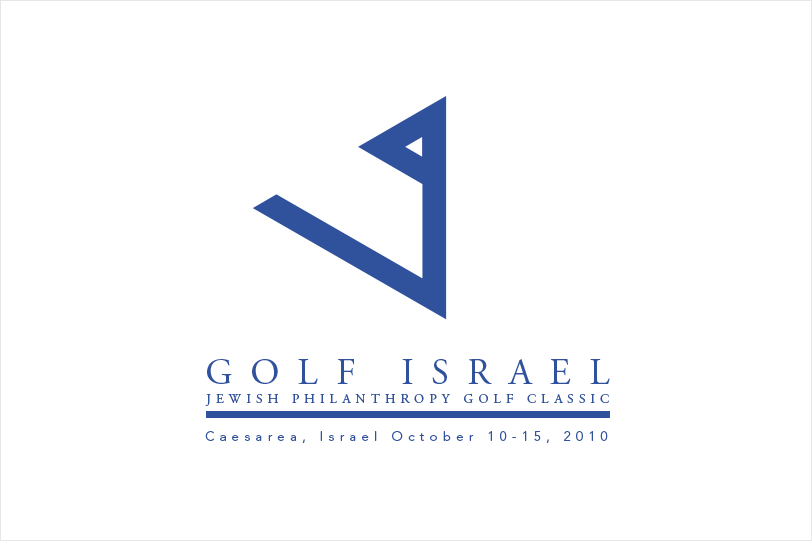 Golf Israel was looking for a logo that could represent their charity golf tournament and the Jewish faith. The Star of David on the flag of the State of Israel is a widely acknowledged symbol of the Jewish people and of Judaism. I thought it important to preserve that symbol in some fashion, and eventually morphed it into the pin or flagpole found in the game of golf.

The dark and nearly navy blue color also comes from the Israeli flag. I chose Adobe Garamond as the primary typeface in this mark. It is considered one of the most versatile fonts available today and it’s certainly one of the most attractive and graceful in print. Avenir is used here as a supporting typeface. It’s contemporary and sensible appearance adds a level of sophistication to this design.